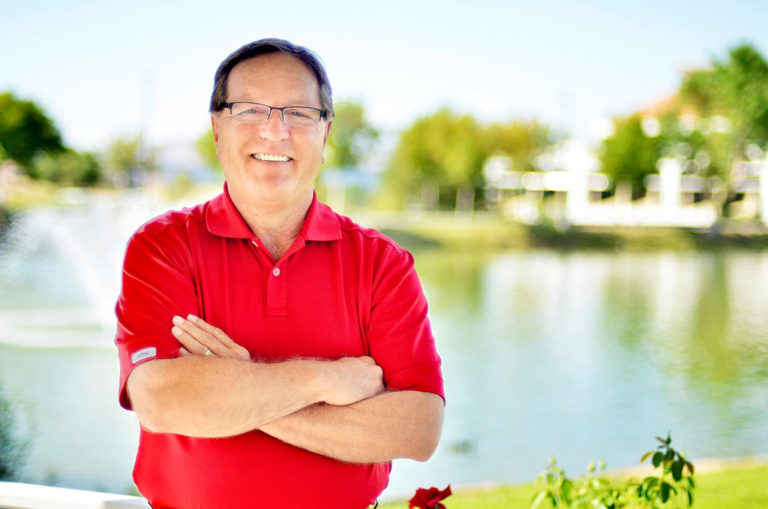 Family, friends, and colleagues are saddened to learn of the death of William (Bill) Joseph Greulich, 68, of Apple Valley, CA. Bill was born in Benton Harbor, MI on March 8, 1948 but has been a of the High Desert and distinguished member of the community since 1985. Son of Carl and Marguerite Greulich, Bill graduated from Berrien Springs High School in 1966 before attending Michigan State University on an academic scholarship and graduating in 1970. While at MSU Bill walked on to the baseball team and enjoyed a successful career playing the game that he loved. He later went on to play minor league baseball with the Cleveland Indians before hanging up his cleats for his higher calling of helping others.

Bill served in the Naval Reserve and held many different occupations throughout his life before his longest tenure of any at Victory Valley College where he became affectionately known as Mr. VVC. Prior to joining VVC he worked in broadcasting in Detroit, MI before moving to Sioux City, IA in 1971 where he worked at KMEG Broadcasting, was an administrative assistant to US Congressman Wiley Mayne, and held positions in savings and loan and real estate. He moved to California in 1985 where he worked in real estate and public relations before finding his true calling at Victor Valley College in 1989. While there Bill seized the opportunity to enhance the lives of people who had a desire to succeed by providing great opportunities for growth and imagination, and capitalized on any and every opportunity he had to mentor people of all ages. Countless numbers of lives were impacted and changed for the better through their time spent with Bill. While at VVC he was the Director of Marketing and Public Relations until his retirement in 2014. Bill worked on governmental affairs, was the voice of VVC, a member of the VVC President’s Circle, and was involved in or earned countless other accolades including initiating the VVC Hall of Fame. He was a State Chairman of the California Community College Public Relations Organization (CCPRO) and received an All Pro award from this organization, and was the past President of the Board of the Apple Valley Chamber of Commerce. The list of organizations which Bill has been a member of include High Desert Opportunities, the National Committee of Marketing and Public Relations (NCMPR), and the Trinity Lutheran Church where he also was a proud member of the choir. Future generations will continue to be impacted by Bill’s generosity and commitment to the betterment of the youth through the Bill Greulich Memorial Scholarship available through VVC.

Bill was a life-long Cubs fan and after a long wait got to watch his beloved Cubs win the World Series for the first time, and the amount of people pulling for them for Bill’s sake alone probably could have filled Wrigley Field. He was an avid golfer and reader who when he wasn’t striving for perfection or passing on his knowledge on the golf course he could be found buried in a good book or enhancing his knowledge of worldly affairs past and present. Nothing could compare with Bill’s love of family and friends as he would drop anything he was doing to help around the house, outside, or with any one of his children or grandchildren, so for this and many other reasons, Bill will be sorely missed.

Bill is survived by his wife of 44 years, Marilyn (Jensen) Greulich, and 3 children and spouses, Chris and Lisa Greulich, Matt and Melissa Greulich, and Kirsten and Jeff Bordonaro. He was the proud grandfather of 9 grandchildren, Jessica Graf, Emily, Grant, and Ella Greulich (Chris & Lisa), Quinn and Eve Greulich (Matt & Melissa), and Scotty, Camryn, and Sydney Bordonaro (Jeff & Kirsten). He is preceded in death by his parents Carl and Marguerite Greulich, mother and father in law Grant and Annie Jensen, brother Robert (Bob) Greulich, and brothers in law Ray Skogen and Keith Jensen. Bill’s legacy and remembrance will be continued on through many other treasured family members including siblings Marlene, Kenny, Carl, Don, Ron, Marie, Gene, and Sandy, as well as siblings through marriage, Ray and Julie Jensen, Norma Skogen, Audrey Jensen, and Grace and Harold Holm, and a tremendous number of nieces and nephews who were all loved dearly.